Aaron and John Ryan (J.R.) are true automotive experts who love answering listener’s car questions. And they love having fun each week on the show, the laughs are guaranteed! The C&C Auto Show has been entertaining and informing radio listeners for over 20 years. Now, this outstanding car talk show is available in your market. No matter what the question, Aaron and J.R. have the answer. They’re “real world” technicians who work in their auto repair and maintenance shops each week.

This is the perfect sponsorship opportunity for so many automotive advertisers — including your local NAPA Auto Parts store (NAPA’s a national sponsor of the show).

Get your ratings and revenue in the fast lane…with The C&C Auto Show!

Aaron Clements discovered his love of cars at age 13, helping his father change brakes and shocks. He later served in the US Air Force, traveling the world repairing and maintaining fighter jets. Upon returning to civilian life, Aaron excelled in the repair and maintenance of modern computerized vehicles. He was chosen NAPA/ASE Technician of the Year in his region, 10 years in a row. He has held all major state and national Automotive Service Association offices. Aaron has been the «go to guy» for automotive news reports in his area for many years and is a popular a popular public speaker at events around the country.

John Ryan Mooney (“J.R.” to his friends) also discovered his love for cars at an early age. After graduating with a degree in Automotive Technology, John Ryan soon became known as one of the best automotive technicians in the area, with special expertise in automotive computer technology. John Ryan continues to attend automotive classes and remains on the cutting edge of the automotive technology world.

Aaron and John Ryan are dedicated to your station’s success! They’re available to record custom opens, tags, and sponsor IDs, as well as for live phone interviews with your hosts (some restrictions apply). 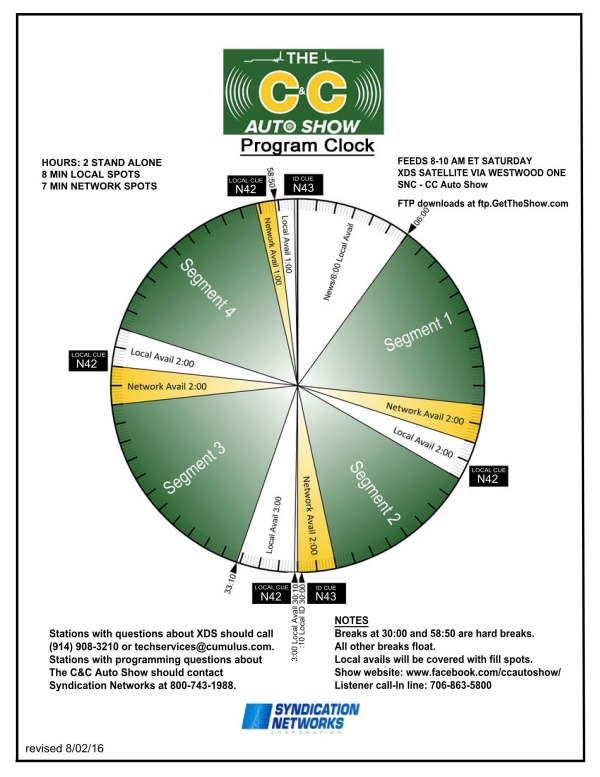